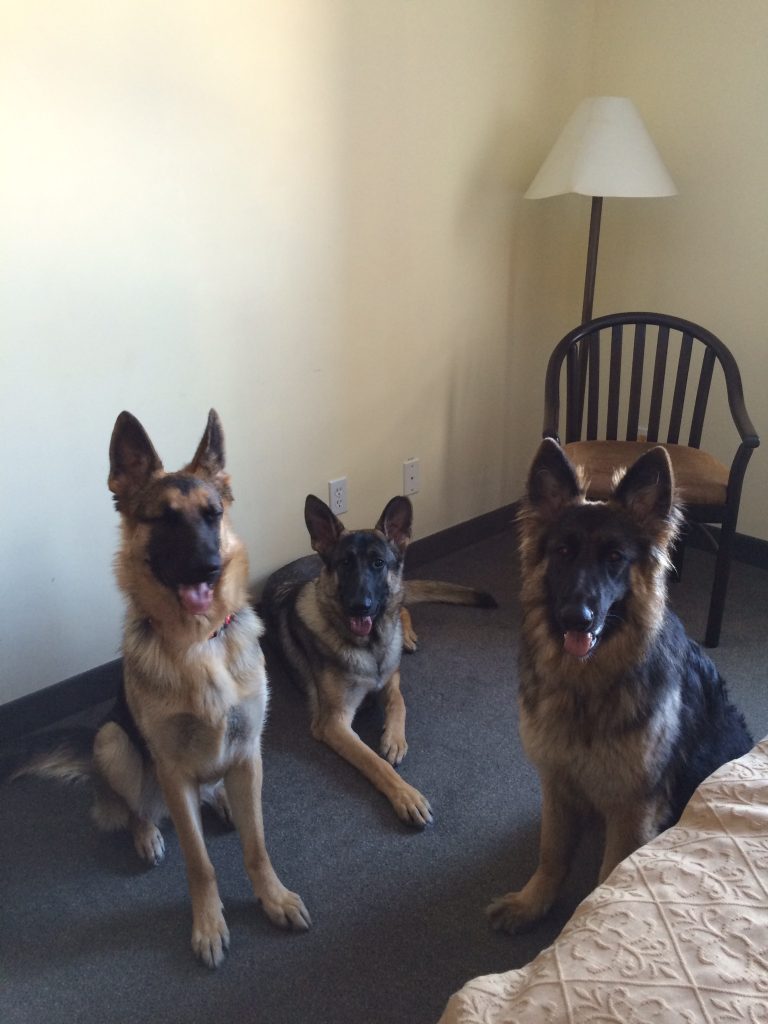 “OHHH Live is Good!” Most people do not understand the benefits of dopamine in dog training. It is in truth, the chemical of feeling good. It is the chemical that gives you a natural high. With animals, feeling good means survival is easy. It is what they strive for.

We call them emotions. We feel happy. But Dopamine is one of the chemical signals that pass information from one neuron to the next. This neurotransmitter helps control the brains reward and pleasure centers. It regulates movement and emotional responses. It helps dogs/people take action and move forward towards something satisfying

Dopamine is powerful, and if you want to change your dog’s behavior then you need to embrace the idea that it is necessary to dog training.

In layman’s terms, if we can make this chemical more or less available, then we are altering a dog’s behavior.

Tryptophan in canines is believed to affect aggression and the ability to handle stress in dogs. Poor nutrition can mess with the chemical levels. Good nutrition can make dogs feel better.

Does Food Have the Power to Stop Stress and Aggression in Dogs?

Food increases the level of dopamine in the brian. But not any food. It must be something the dog really wants. Food is a tool. If you feed kibble you will not see the surge you would with cooked chicken. I’ve literally changed a dog’s reactions in less than 10 minutes by using med-well steak.

The goal of behavior modification is to minimize an animal’s Ability To Feel stress, fear, and anxiety. When we feed then a positive emotional response occurs.

It is #6 and #7 that we take advantage of when we are working with reactive or aggressive dogs.

Food is a primary reinforcer in all biological beings. Smart trainers make their dogs work for their food. It isn’t cruel, it makes life better for the dog. Instead of eating and having a surge of dopamine that drains, giving the dog food every  time it is in a stressful situation will make the dog better.

Dopamine is a reward chemical. Food increases the levels of dopamine. But it isn’t really the reward. It is a ‘motivator’ it makes dogs work harder to receive the reward. That is why you must end all training sessions with play.

Think of balancing cost/benefits.  Is the reward (play) worth the effort? If not, feed more ‘high value’ food.

Some research suggests that stress causes a spike in dopamine levels. This is what causes the dramatic reaction many of us have come familiar with.  Tests with rats show that animals with low dopamine try to find the easy way out. Animals with high dopamine levels will take on a challenge.

Remember that dopamine in itself is a motivator. So, to survive an animal needs to run faster, fight harder, hunt longer. So dopamine makes dogs work harder.

Scientists also found that if you want a dog to try harder, learn faster, and work for reward then you need to release dopamine.

So what are we really doing? We are building anticipation of good things to a level that the dog ignores the bad. So the ‘look at me’ exercise does work IF you’ve conditioned the release of dopamine. So don’t put the treat in front of the dog, instead, get the dog to perform a behavior and then give it a really great treat.

Start in a low distraction area and get the dog so hyped up that its totally focused on you. Then – give it a better treat than it expects. Give it more. In short – Change the dog’s emotional response to a situation.

Keep reading this blog for more help on changing your dog’s behavior.